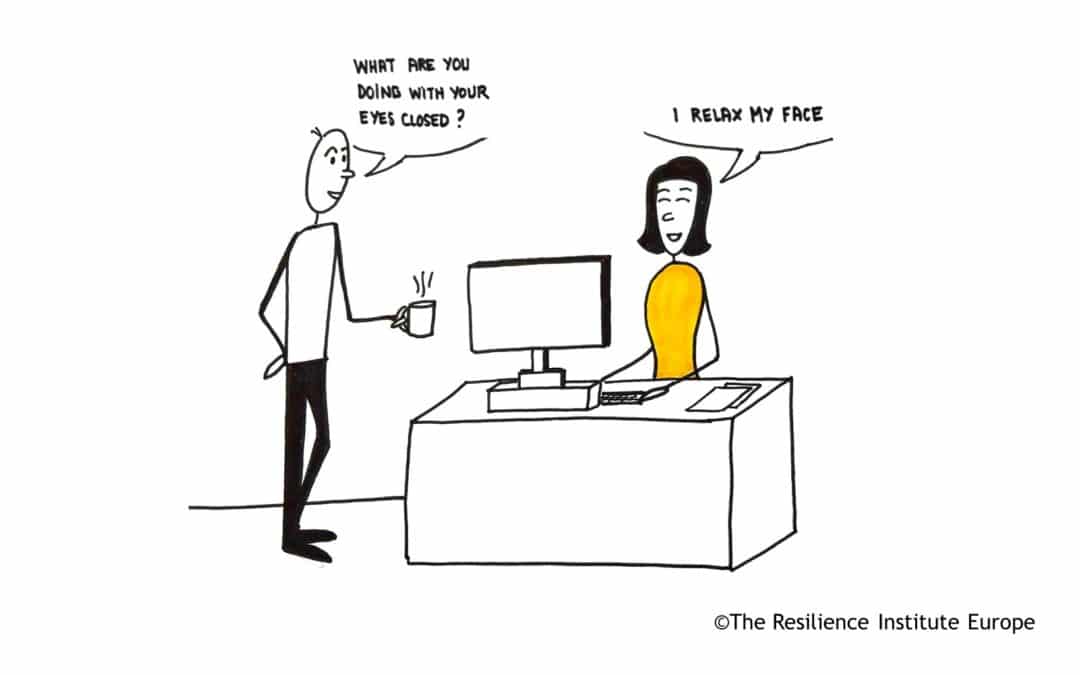 How about closing your eyes…right now?

Most jobs are now performed in front of a computer screen and it is very easy to get tired. For an immediate refresh, close your eyes for a few seconds, then let go of all the muscles around the eyes. The University of Surrey scientists even say that shutting eyes frees up brainpower!

So here is a resilience practice we invite you to cultivate this week:
I practice instant relaxation, closing my eyes a few seconds, several times per day.

When expressing gratitude, don’t focus on yourself

Practicing gratitude — making a deliberate point of being thankful for the positive things in your life — is good for your happiness and well-being. But when we express our gratitude to others, we have a tendency to talk about ourselves when we should be thinking about them. Often when we get help and support, we want to talk about how the favor made us feel: “It let me relax…” or “It makes me happy….” But expressing gratitude shouldn’t be all about you. Helpers want to see themselves positively and to feel understood and cared for. So the next time you thank someone, try “other-praising” instead. Acknowledge and validate your benefactor’s actions: “You go out of your way…” or “You’re really good at….” Doing so will strengthen your relationship with that person.

Source: Adapted from “Stop Making Gratitude All About You,” by Heidi Grant

Is it possible to achieve both performance and wellbeing ?

Original publication in The HR Director in October 2019

Do you experience stress, frustration or a sense of stuckness in your organisation? This may be nothing to do with resistance from staff, but rather a normalisation of a low resilience level.

Whilst 95% really care about their performance in work, 77% compromise their wellbeing to deliver that. The aspects of wellbeing compromised most are mental energy, exercise and quality time with others. We know from previous research that the demand for resilience is high and rising, and this compromise of wellbeing is rising also.

The juggle, the busy-busy-busy, not having enough time with family, the over-coffee’d, sleep-deprived executive; these are issues we have normalised. They are only part of the equation. More seriously at the dangerous end of stress, there is a chronic long-hours culture, fear of being at risk of losing the job and the fear of damaged reputation especially amongst those who have been off already with stress.  These effects of long term stress are dangerous for wellbeing and of course to the individual’s performance in work.

Stress triggers all sorts of behaviours. Procrastination is the number one impact of stress.  Other negative effects include short-termism, a demand for clarity (rather than developing skills in navigating ambiguous, complex situations), and a drop in empathic decision making.  Stress directly undermines performance.

These effects cause  ‘the mediocrity loop’,  a continual loop of coping to not coping back to coping again, where an organisation wobbles between feeling out of control, galvanises immense focus to  get back in control which ends in relief, only for that to be knocked back and the whole cycle to be triggered again. It’s an exhausting loop to run around, and has little effect other than maintaining the status quo.

Mediocrity is what you get if drive performance at the expense of wellbeing. It needn’t be like that. It is entirely possible to have both performance and wellbeing, both without compromise. This is what resilience gives.  Resilience is your ability to adapt, or your capacity for change. It is dynamic, going up and down according to context. Supporting resilience within an organisation means enabling each staff member to understand and develop their own resilience potential versus the resilience demand upon them. It means enabling teams to foster the conditions for their own collective resilience. Resilience delivers successful change. Indeed it drives high performance. Resilient leaders have higher capacity, better and clearer prioritisation, perspective, and  surplus energy that releases creativity and innovation. All these are needed to navigate our VUCA world successfully.

High resilience requires an investment into a set of resilience-enhancing habits day to day. These habits are not rocket science but they are rigorous. If your organisation wants to stop the rot of compromise to wellbeing and the negative impacts of stress, investing in resilience is an assured path. It’s a pathway to psychological safety, autonomy, time to think and the release of capacity towards risk taking and innovation.  It means understanding what resilience is and what it offers, and creating a culture that supports and extends it.  The results are transformative.  23% of our survey participants do not compromise either performance or wellbeing. They know what it means to drive both at the top of their game:

“I have always felt work is important to me and I want to do the best that I can.”

“I recognise that to perform well I have to look after myself.”

“It’s part of my pride in myself”

We think these quotes from our survey say it all. 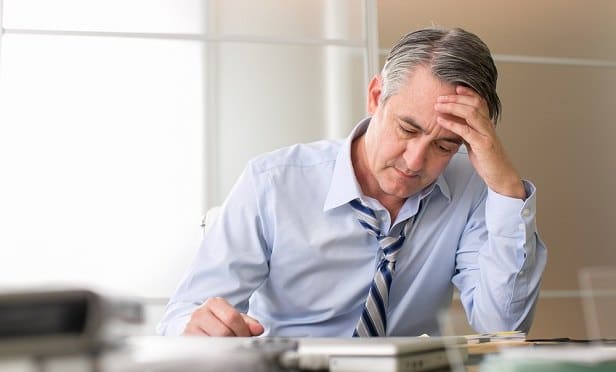 Wellbeing at work: CEOs are getting it but struggle to find the right solutions

Nearly all CEOs in a recent survey say they feel some form of isolation in the workforce, and they recognize that this is a concern for their own well-being and work.

CEOs are getting it: employee well-being matters.

So say 25 top executives, who responded to a qualitative survey by LifeWorks by Morneau Shepell.

“Employee well-being ranks number one, because your organization is only as good as the people that you have working for you, and their well-being determines how successful or unsuccessful you’re going to be,” says one respondent, Michael Colucci, CEO of Idilus LLC, a professional employer organization.

The importance of employee well-being also impacts the bottom line, the respondents add.

“If my employees are unhappy or they’re going through whatever stresses that they are encountering at home in their personal life, they bring that in,” another CEO says. “If you have a big team environment that we work in…it can cause absenteeism. People who aren’t focused at work, it creates delays with projects so things get backed up at work.”

The respondents are also candid about their own struggles with significant work stress, though many say they are successful in “compartmentalizing that anxiety” – and hiding any signs of it from employees because of the “contagious nature” of workplace stress. As a result, nearly all of the CEOs say they feel some form of isolation in the workforce, and they recognize that this is a concern for their own well-being and work.

But that masking may not really be working after all, some concede.

“I’m sure they feel it when I have stressful situations because I put that back on them,” one CEO says. “They can tell by your disposition, you create a level of anxiety within the team concept that we have at our place and that affects them adversely because it makes them feel anxious or unsure about what’s going on maybe, within the corporate structure.”

“Employee wellness is increasingly critical to business success and at the top of the agenda for many CEOs and even board members,” says Paula Allen, Morneau Shepell’s vice president of research, analytics and innovation. “But executives still struggle with methods to properly execute and evaluate that support. LifeWorks is positioned to address these concerns.” 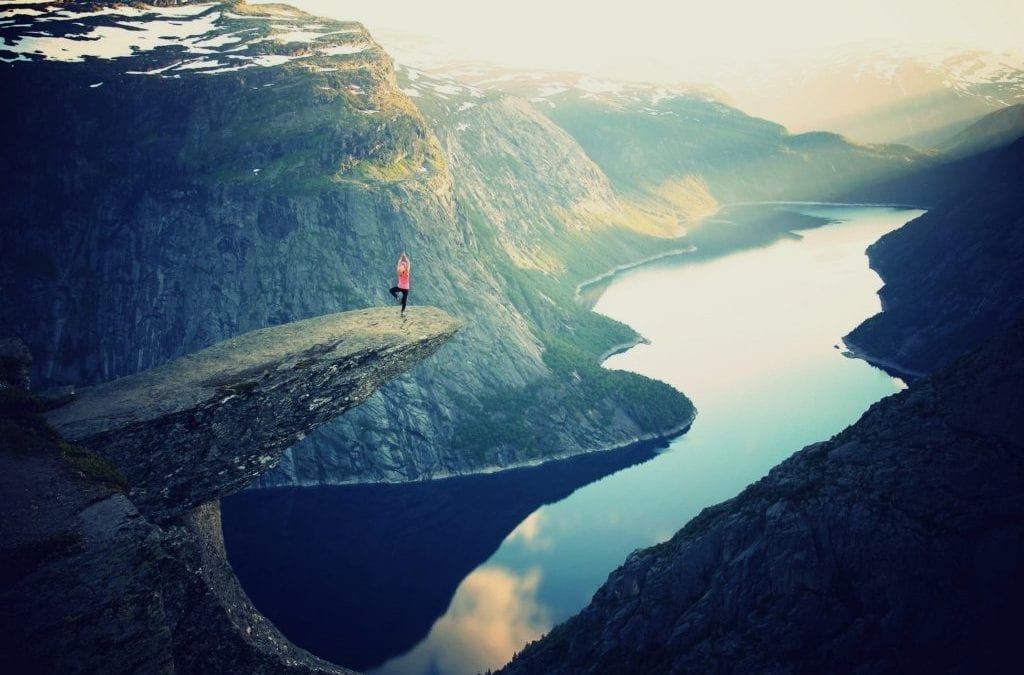 What is resilience and How do we cultivate it?

What is resilience and How do we cultivate it?

We know that in an increasingly complex and changing world, resilience – the ability to bounce back, will be more important than ever. This year St Andrew’s has made a commitment to deepen our understanding on the theme of resilience.

At the beginning of the year, all St Andrew’s staff and Senior students had the opportunity to learn from inspiring resilience researcher, Dr Sven Hansen. Dr Hansen is the founder of The Resilience Institute. Our staff were engaged and inspired by Dr Hansen, and the articulate way in which he was able to explain research, science and give practical advice about enhancing resilience

Listening to Dr Hansen broadened my own understanding of resilience. His message was that if a person is resilient, they can demonstrate four abilities – the ability to bounce back from setbacks; to grow and be enthused by change and challenge; the ability to connect and care for others in authentic relationships (not online); and the ability to find opportunities to experience flow (using their strengths to meet a challenge).

Resilience is about self-awareness

Dr Hansen explain the process of resilience clearly in a spiral model. This model shows the stages that exist when a person experiences the inevitable ups and downs of life. When we understand how the stages work and identify where we are in the spiral, we are in a much better place to make good choices regarding our resilience. It is all about self-awareness. 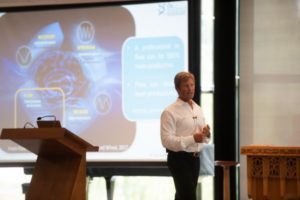 Dr Hansen also referred to Jean Twenge’s research on generational differences, to highlight the increase in anxiety and depression we are seeing in our young people. He emphasised that resilience was originally enforced by the tough and physically challenging natural environment humans lived in. In this world, life was about problem solving for survival. This is very different from today, where resilience is not enforced, it is a choice. And humans do not always make the right choices.

During his presentation, Dr Hansen emphasised the importance of seven factors in enhancing resilience. Some are physical whilst others are emotional and mental.

Over 20 staff from St Andrew’s have been so inspired by Dr Hansen, they are forming an innovation and research group to learn more about the theme of resilience. As part of this focus, staff will be trialling the Resilience Institute app (you can read more about this resource here), reading academic articles, sharing ideas and connecting with academics at the University of Canterbury. 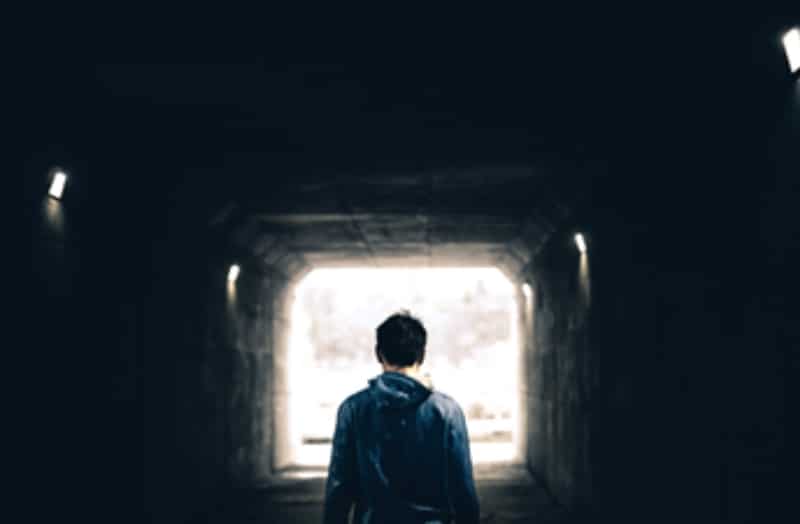 This week, when I feel frustration about something I have no influence on, I remember to use the BAM: Breathe, Accept and Move on.

While breathing out nearly instantly leads to activate the relaxation system, acceptance is a neutral acknowledgment of the reality. Letting go, you free energy that will support you to learn and move on.

How will BAM help you move on today?